In 2018, Austin's Office of Police Monitor found that up to that point, two thirds of complaints against an Austin police officer or the department were internal complaints, or complaints that originate from within the Austin Police Department. That fact alone made it clear that the community faced barriers to the complaint process, but the many stakeholders involved in police oversight in Austin needed research to understand those barriers and how to fix them.

That spring, Austin City Council passed Resolution 20180322–047 (PDF, 117 KB) directing City Manager Spencer Cronk to collect police oversight best practices and report back with recommendations for improving the effectiveness, transparency, and efficiency of Austin’s police oversight system. He convened a working group of representatives from the City of Austin and community groups, and they conducted community outreach, evaluated best practices, and drafted recommendations. Concurrently, the Office of Police Monitor enlisted the assistance of the City of Austin’s Office of Design and Delivery (ODD) and Paper Census project partner Austin Tech Alliance to conduct research on the barriers to the complaint process. The results of that research (PDF, 7.7 MB, pages 44-80) gave ODD's digital services team the evidence we needed to begin building accessible, easy-to-use, and safe digital forms for the public to provide feedback on their interactions with the police.

The team embarked on a deep research and co-design project with Office of Police Monitor staff and community with the prompt:

How might we help the Office of Police Monitor make the complaint process more accessible and responsive to public needs?

These are statements from real people who've filed complaints against the Austin Police Department:

“I thought OPM would do something to hold the officer accountable.”
“I didn’t understand 70% of what the woman told me.”
“I waited for hours until APD gave me a meeting with IA and gave me a paper with contact info.”
“I didn’t know how to find the building, and once I got there the handicapped spots were taken by cars without hangtags.”
“Once I entered, no one knew where the OPM office was. I’m a permanent resident, so I don’t have a TX ID and they wouldn’t let me in.”
“The elevator wasn’t working, and I can’t take the stairs since I’m disabled.”
“I signed something eventually, but I don’t know what it was since it was in English.”
“I didn’t get a timeline, or updates on the case. They just said to wait, and they would call back.”

In the interviews, confusion and barriers to access showed up again and again. The team distilled the findings into three main themes:

My role, responsibilities, and process

First, I immersed in the research artifacts. Though I wasn't able to embed in the research and service design project because I joined the team a few months after it ended, I was able to understand the evidence behind the recommendations thanks to the researchers' excellent documentation. Shoutout to Chris Luedtke, Ashlee Harris, Puja Balachander, and Sarah Shields for so thoroughly documenting the work!

As a member of the digital services team, I participated in two-week sprints and design pinups to iterate on a content strategy for OPO, and by extension, for alpha.austin.gov. OPO's content needs were similar to many other departments at the City of Austin, and as a partner they were willing to experiment to meet residents' needs. Both stakeholder groups understood the opportunity to deliver great services for OPO's audiences were also an opportunity to deliver great services for all Austin residents. Our team's visual and UI designer, Chase Chenevert, talks about the design portion of the work on his portfolio.

In addition to co-creating with OPO and ODD the content strategy for OPO's digital services, including information architecture and gap-planning for future features on alpha.austin.gov, I managed stakeholder communications with OPO staff, and helped implement the results of user testing in English and Spanish.

If you want the nitty gritty, you can dig into my OPO work over two years on Github.

As we built the complaint and thank-you forms, we focused on a few key recommendations from both the Working Group and the Service Design Lab:

A couple of ODD's founding principles are to put residents first and prioritize equity when planning features and functionality. So when we researched potential form tools, we ensured they would be easy to access on a mobile device and wouldn't overly burden residents’ data plans.

Some of the features we were looking for had already been built with these priorities in mind at the federal level, so we called our counterparts at the United States Digital Service to talk about the U.S. Forms System. Using open source code bases across government avoids duplicated effort and results in a better product. Plus, we knew as we developed the forms and contributed to the code base, other governments that use the same features can benefit, too.

Based on the research, we also knew it would also be necessary to explain, in clear language, that the Office of Police Oversight is an independent department, separate from the police department. So I fact checked with OPO staff and spelled out in plain language how the complaint process works. The recurring theme of fear of retribution or targeting among the community prompted me to create a separate page explaining how OPO stores and uses the data they collect.

According to the 2010 U.S. Census Bureau Survey, 21.2% of the greater Austin-Round Rock-San Marcos area are Spanish speakers. Launching the form in English and Spanish at the same time was a top priority for OPO. Once we made sure all of the text in each form was necessary and as plain language as possible, we relied on a local translation firm with expertise in the particular blend of Spanish most commonly used in Austin for human translations. We built alpha.austin.gov with language access as a top priority, and the goal was always to make as much of the content on the City's website as possible available in the top eight languages spoken in the Greater Austin area.

After about two months of design and development, we launched the forms in March of 2019. For the first time in Austin's history, residents now have a way to easily file a complaint against or thank an Austin police officer, in plain English and Spanish, from their phones, anonymously or with their name and contact info.

Before the forms went live, OPO received less than 10 complaints a month on average, the majority of which were internal police complaints, not from the community they policed. Over the first year after the launch, OPO received an average of 80 contacts a month.

After the murder of George Floyd, during the protests that took place in Austin through late May and June 2020, OPO referred 275 formal complaints related to APD's actions. OPO received over 1,000 messages that month.

On alpha.austin.gov, the iterative improvements we made to all of OPO's pages and components benefited all of the other stakeholders we transitioned to the intended digital services platform for the City of Austin, including the Resource Recovery, Public Health, and Municipal Court departments.

Getting the word out

As we launched the forms, I wrote a post for ODD's Civiqueso blog on Medium to inform Austinites about the this new feature in our city.

And in July of 2020, I talked about the work to an audience of mostly federal government workers as a case study in how service designers and content strategists can work together to deliver better services.

None of this would have happened without the tireless effort of the people who've been calling for change in Austin for years.

You can learn more about the dedicated work of the community groups and activists who made it all possible, including Sukyi McMahon and Chas Moore of Austin Justice Coalition, by listening to this podcast.

Austin's police complaint and thanks forms in the media

Content strategy Writing
The problem According to a 2017 report from the Economist, 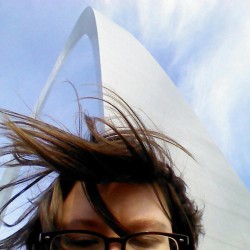